The Impact of Fellowships on Students Three GSD architecture students have relished participating in the School’s Studio Abroad program, studying the interplay between architecture and urbanism in Basel, Berlin, and Tokyo, as the first three recipients of the David Kenneth Specter Fellowship.

In 2014, Patricia Brown Specter, and sons Matthew and Evan, decided to celebrate the life and career of David Kenneth Specter AB ’52, MArch ’56 (1931-2013) by creating an endowed fellowship at the Harvard Graduate School of Design. By bringing together Mr. Specter’s passions for the inspirational impact of international travel and the power of vibrant urban spaces, the family hopes to replicate the experience Mr. Specter had during the Sheldon Traveling Fellowship in 1952-53.

Mr. Specter’s travels in Europe, the year after he finished his undergraduate degree at the College, reinforced his desire to be an architect. His research from that year, including his own travel photographs, were assembled and curated, first into an article for Architectural Digest, and ultimately into his insightful book, Urban Spaces, on the subtleties and dynamics of successful pedestrian spaces in cities.

According to Mr. Specter, “The successful urban space doesn’t stand still to be photographed or have its virtues discussed in isolation.  It is a dynamic and complex blend of the rational and irrational, the planned and the unintentional. Its size and shape seem to be noticeably less important than its relation to the city’s generators of activity. Its universal constant is its essential humanity, its accommodation of the need of people to be at once individuals and part of their city.” David Kenneth Specter had a long and productive career designing both residential and commercial projects. After establishing his namesake firm—David Kenneth Specter AIA—in 1963, he designed several significant projects in and around New York—from the Galleria, one of the first mixed-use buildings in New York which was inspired by the Galleria in Milan, to the first National Tennis Center at Flushing Meadows.  In more than 35 houses, he incorporated elements from Urban Spaces—a curving wall, a “street,” or an intriguing vista.

During a career that spanned more than 50 years, Mr. Specter enjoyed significant professional successes including awards like the Arnold Brunner from the Architectural League of New York, extensive recognition in the press, and the esteem of his peers and clients. He took particular satisfaction in noting that his “Friends became clients and clients became friends.”

The Specter family hopes that the David Kenneth Specter Fellowship will provide support for GSD students driven by the challenge of designing successful urban spaces. Whether through global option studios, field-work, or self-directed research, this fellowship is designed to expand student perspective.

The specific parameters of this gift are particularly appropriate as the School’s commitment to urbanism continues to grow, and as our students increasingly travel abroad during the course of their studies. To date, the three grateful and worthy recipients of the David Kenneth Specter Fellowship are architects who have used the fellowship to support their Studio Abroad experience. The first recipient, Paul D. Fiegenschue MArch ’16, is a Texas native who traveled to Basel, Switzerland to study under the direction of Jacques Herzog and Pierre de Meuron, examining strategies for urban growth that preserve the Swiss landscape.

Meeting the first three recipients of the Specter Fellowship—Paul, Julian and Scott—was a thrill, confirming that we had found the right way to memorialize my father.  I am proud to know that such gifted and adventurous students carry on his commitments to architecture that prizes pleasure and the public good. My family couldn’t be happier with the GSD’s choices to represent David’s architectural legacy.—Matthew Specter 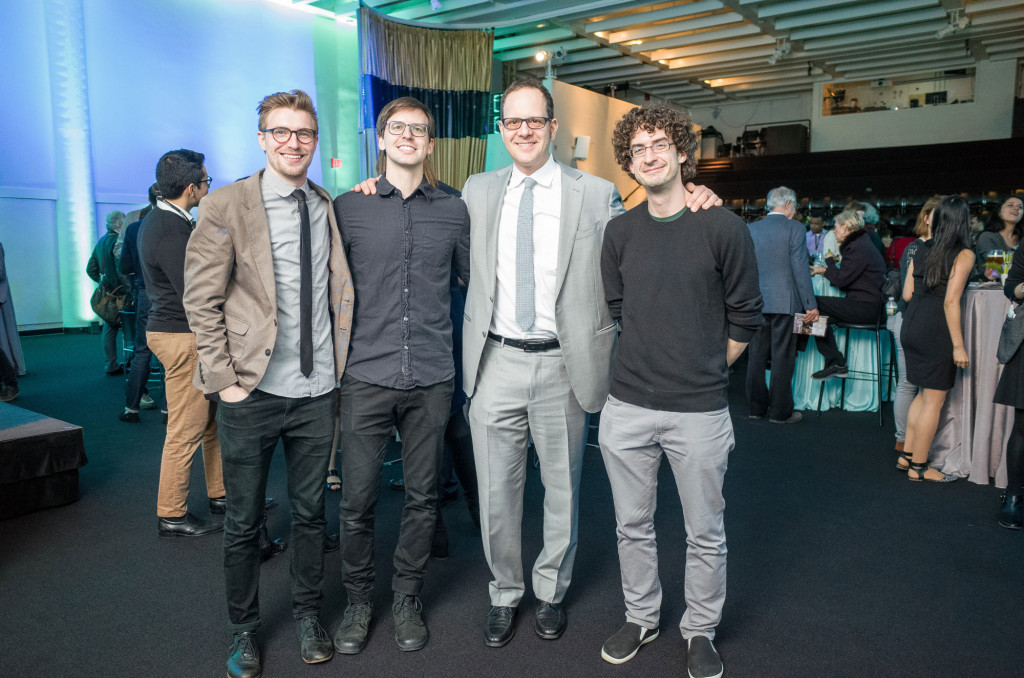 “Meeting the first three recipients of the Specter Fellowship—Paul, Julian and Scott—was a thrill, confirming that we had found the right way to memorialize my father,” said David Kenneth Specter’s son Matthew Specter about meeting the recipients at I am proud to know that such gifted and adventurous students carry on his commitments to architecture that prizes pleasure and the public good. My family couldn’t be happier with the GSD’s choices to represent David’s architectural legacy.”

The second recipient, Julian Funk MArch ’16, is a Cleveland native who left the U.S. for his first time to design an affordable housing complex on the site of a historic airport in Berlin with Frank Barkow MArch ’90 and Arno Brandlhuber, both John T. Dunlop Design Critics of Housing, and Urbanization. This experience reshaped his fundamental preconceptions of global urbanism and enriched his understanding of the cities and architecture of Western Europe.

The third recipient, Scott March Smith MArch ’16, who traveled to Tokyo with Toyo Ito, reflects, “I have so appreciated the opportunity to experience and consider architecture and urbanism in cities outside of the Western context, and am excited to return to the GSD with new ideas about how cities are organized and how they produce architecture and urban life.” Smith has had the opportunity to tour cities throughout Asia while stationed in Tokyo exploring the impact of Japan’s shrinking population on its cities, and the country’s prevailing, technology driven mode of urban development.

The Specter family is delighted to celebrate Mr. Specter’s legacy by support these aspiring young designers, ensuring their access to all aspects of a GSD education. Fellowships broaden the range of diversity within the GSD, boost access to innovative learning outside of the classroom, and provide graduating students the freedom to make career choices based on their passions, rather than their financial obligations. While a majority of GSD students currently receive financial aid, less than a third of financial aid funding comes from endowments. By establishing an endowed fellowship, the Specter family recognizes the value of a gift that lives on in perpetuity.