Dear Architecture Alumni,It’s a privilege to write to fellow architecture alumni as Chair of the Department of Architecture. It’s been a year of enormous transitions for me, moving from sunny Los Angeles to the more variable climate of Cambridge, opening a satellite office here, and embarking on a new leadership role at the Graduate School of Design. I continue to be amazed and inspired by the vitality of our faculty, our students, and our robust alumni community. The GSD seems to dominate in our fields. Last year’s 65th annual Progressive Architecture Awards recognized 10 projects: three were by GSD faculty, and two were by GSD alumni. 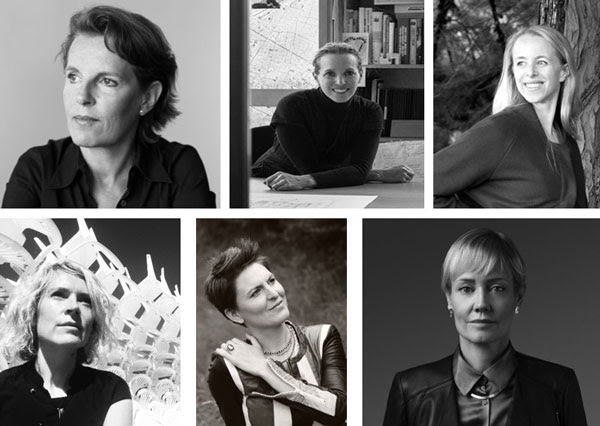 The thing that delighted me the most this past fall was the diversity of voices at the School. For the first time in the GSD’s history, the majority of architecture option studios were taught by female faculty or visitors. These studios covered a broad spectrum of topics and locales reflecting the full breadth of today’s practice: Annabelle Selldorf taught a studio that reconsidered future frameworks for urban environments set innocuously in Framingham, MA in 2048; Tatiana Bilbao, with Iwan Baan, led a housing studio set in Mexico City that explored how the photographic image influences design; Sofia von Ellrichshausen, with Mauricio Pezo, orchestrated a studio on nature, speculating on the apparent contradiction between intentionality and chance; Caroline O’Donnell helped students explore the potential to re-use of the plethora of local materials known as “waste;” Anna Heringer investigated a day care prototype for Rohingya children with her students; and Alison Brooks explored the latent potential of housing architecture in London. And that’s just the studios taught by women (pictured above from left to right in order of mention).

Our faculty are regularly recognized for their unprecedented contributions. Longtime architecture faculty member Toshiko Mori—who was the first female faculty to receive tenure at the GSD, and was chair of the department from 2002 to 2008—has been named the 2019 recipient of the AIA/ACSA Topaz Medallion for Excellence in Architectural Education. The Topaz, which has been awarded annually since 1976, is the highest honor given to an educator in architecture. This year’s award is especially poignant, as it is the first time in the Topaz’s history that the award has been given in two consecutive years to faculty from the same school— our esteemed Jorge Silvetti was the 2018 Topaz recipient. In fact, the list of Topaz recipients is riddled with former faculty and alumni: Toshiko Mori, Jorge Silvetti, Michael Graves MArch ’59, Adele Naude Santos MAUD ’63, Lance Jay Brown BArch ’65, MAUD ’66, Jerzy Soltan, Donlyn Lyndon, Denise Scott-Brown, Henry N. Cobb March ’49, Kenneth B. Frampton LF ’73, John Hejduk MArch ’53, Robert Geddes MArch ’50, Charles E. Burchard MArch ’40, Marcel Breuer, and G. Holmes Perkins MArch ’29—reinforcing the reach and impact of a GSD education.

We launched two exciting new lunchtime lecture series this year aimed at expanding the conversation on design: Five on Five and Books and Looks pair emerging talents with more established practitioners in the hope of better representing the full arc of one’s professional career and promoting intergenerational dialogue. Five on Five talks this semester, which ask two participants to present five projects each (either their own work or work that inspires them), include some sensational pairings: Andrew Holder / Preston Scott Cohen MArch ’85 (March 27), Iñaki Abalos / Michael Meredith MArch ’00 (March 29), and Jennifer Bonner MArch ’09 / Jeanne Gang MArch ’93 (April 11). Upcoming Books and Looks offerings, which pair authors and scholars to reflect upon the impact and context of a journal or publication, include: Reto Geiser, Giedion and America author, with Edward Eigen (April 22), and a special evening talk featuring Jonathan Massey and Barry Bergdoll to discuss their book, Marcel Breuer: Building Global Institutions, with Erika Naginski (April 23). The department also welcomes TEd’A arquitectes, a tiny award-wining practice based in Mallorca, Spain, to present in the evening lecture series on April 8th. Please join us for any of these talks, if you are in the area.

Our curriculum also supports a diversity of opinions, with pioneering studios being led by new faculty: a study in invigorating and recycling Brutalist architecture with contemporary tools led by Jeanne Gang MArch ’93; an exploration of ephemerality and adaptability through the design of a tall building in Miami, FL led by my partner Sharon Johnston MArch ’95; and a revitalized approach to the second semester core studio led by Michelle Chang MArch ’09. Additionally, a studio charged with re-thinking the humanist skyscraper in Chicago is led by renowned architect and planner Moshe Safdie. The move east has brought many happy surprises. I have especially enjoyed the opportunity to become reacquainted with a handful of local practices run by GSD alumni, whose work serves as a great reminder of the power of good design: the MASS Design Group established by alumni Michael Murphy MArch ’11 and Alan Ricks MArch ’10, is an innovative, non-profit design practice serving the social sector; and Payette, an established, full-service architecture firm, was awarded the 2019 AIA Architecture Firm Award in recognition of their longstanding commitment to design excellence under the leadership of President Kevin Sullivan MArch ’94. Our alumni are evidence of our success.While I am certain that your practice is as busy and full as our calendar, we would be honored to see you on campus for a lecture.

Please be in touch.